The initiative of a friar who had survived World War II’s concentration camps (1939-1945), Brother Laurent Cosgrove was a member of the Order of the Brothers Hospitallers of Saint John of God. He had pledged, should he come out of the camps alive, to honour the Blessed Virgin Mary under this new name inspired by the sight of countless aircraft that delivered desolation and death.

Hiking up Pointe-Noire Mountain convinced him that he would build a place of worship to honour the Madonna there, on that summit. Sculptor Médard Bourgault was commissioned to create a statue which was completed in 1955. It is an original piece by the artist, guided of course by Brother Laurent Cosgrove’s vision.

Because of the position of her arms whilst standing atop a globe, the statue of Our Lady seems to float in space. Revealing the true meaning of the site’s name ? Notre-Dame-de-l’Espace [Our Lady of Outer Space] ? a rocket and a Russian Sputnik appear on either side of the globe, representing aerial navigation and space travel. While the original statue is now at the Montreal location of the Order of the Brothers Hospitallers of Saint John of God, a marble copy was placed on the mountaintop in May 1962.

In September 2013, a chapel was built for the statue that was restored by artist Martin Brisson. Ever since, the chapel has welcomed pilgrims who dare take up the ‘ascent of faith’ or Montée de la foi. 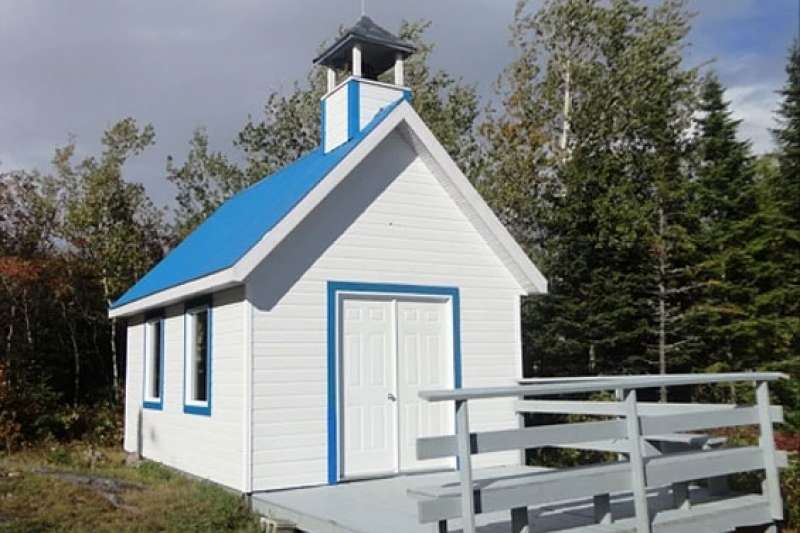